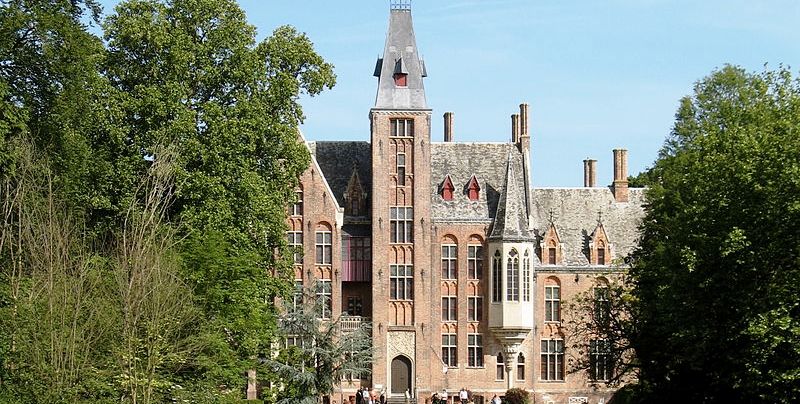 This day is part of a rich lecture series that will immerse Friends of the Art Gallery of Western Australia and Australians Studying Abroad friends and travellers in educational and enjoyable stories of architecture, arts, gardens, travel and history delivered by Australian Studying Abroad (ASA) specialists. Please help us make this day a success and invite your friends to join you.

John is a musician and Melbourne University musicology and art history teacher with degrees in medieval history, musicology, art history and theology. John brings a broad, deep knowledge to ASA’s tours to Italy, Belgium and the Netherlands.

Birth of a Nation: The Kasteel Van Loppem, The Neo-Gothic Revival and the creation of Belgium

Belgium only emerged as an independent country in 1830, following a riot by the audience after a performance of Auber’s ‘La Muette de Portici’ at the Brussels opera house. The arts continued to play a fundamental role in the formation of a 19th century “Belgian” national identity; cultural nursemaid uniting traditionally antagonistic Walloon Catholic French and Flemish Protestant Dutch communities. This lecture examines the interplay between the Neo-Gothic and Catholic revival movements in the independence movement of Belgium and introduces audiences to a major monument of the Neo-Gothic revival, the Kasteel van Loppem, outside Bruges.

Lovers of the art of Caravaggio know instinctively that they are dealing with an artist who revolutionised Western Art, changing forever the way we see the emotional content of sacred stories and creating a basic lexicon for Baroque art in the process. This lecture will question that assumption, seeking to understand exactly how revolutionary Caravaggio is. The lecture will focus particularly on evidence, both from within Caravaggio’s culture and that offered by the paintings themselves, for the nature of Caravaggio’s ‘eye’, and asking whether it is possible to understand the nature of Caravaggio’s genius and the ways in which it marks him out from his contemporaries.