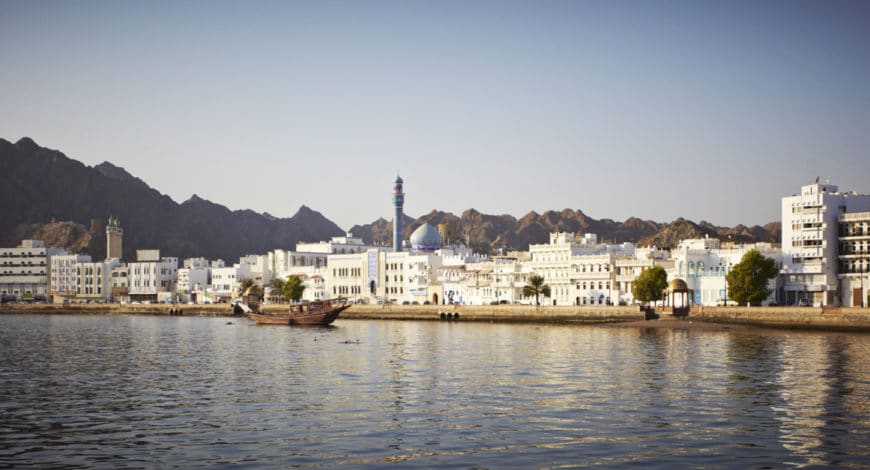 Let the lands Magan and Dilmun set eyes upon me – the god Enki.
Let Dilmun’s (modern Bahrain) boats be loaded with pearls.
Let the Magan (modern Oman) boats be filled sky-high with copper.
Let the boats of Meluhha (modern Pakistan) transport gold, silver, and sandalwood and let them take it to Nippur for Enlil, king of all the lands.
Sumerian epic poem of Enki and the World Order c. 3000 BC

Like Hawaii, if the only thing you knew about Oman was its location you might never go at all.
20th century Hawaiian travel writer Hanya Yanagihara

Oman is a land of jagged red mountains, broiling skies, stark, scorching deserts, hospitable to human life only because it is embraced by the warm shallow waters of the Indian Ocean. Tucked away in the southeastern corner of the Arabian Peninsula, cut off from Asia by the Persian Gulf to the north, and from Africa by the Red Sea and the Indian Ocean to the east and south, Oman seems a most unlikely candidate to be one of the first waystations on humankind’s journey across planet Earth. Yet archaeological work in the last two decades has shown this to be precisely the case. Homo Habilis – or related hominid species – crossed modern Oman from East Africa, when sea levels were lower and the land greener, foraging the maritime fruits of what we now call the Indian Ocean. The dynamic interplay between fecund seas and hot and hostile desert and mountains has defined the human experience in Oman ever since. 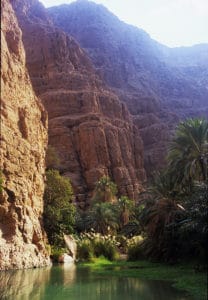 These waters are the location where people from different cultures and civilisations have met, settled and traded for thousands of years. The fearsome Al Hajar mountains rise south of the Musandam Peninsula, before curving south and east towards Muscat, meeting the Indian Ocean near the city of Sur. The mountains form a barrier running across northern Oman, creating a rain shadow that turns back humid air rising from the Indian Ocean, dumping rain on the coastal plain, leaving inland arid desert wastelands. Far to the south, the Dhofar Mountains rise from the Indian Ocean near the city of Salalah, stretching west to form the border between Oman, Yemen and Saudi Arabia. The Dhofar Mountains are much lower than the Al Hajar, but consist of great escarpments sharply rising from the coastal plain, cut by deep canyons.

The Al Hajar were formed from crumpled layers of predominately sedimentary limestone rock – some a billion years old – with the majority laid down during the Jurassic and Cretaceous epochs of 240 – 70 million years ago. Ancient Cretaceous seabeds formed from the calciferous remains of billions of compressed seashells and uplifted by titanic geological forces are especially rich in deposits of copper. This mineral was the primary reason Mesopotamian kings were interested in trading with the people of Magan from 3000 BC. The chthonic beehive tombs of Bat are testament to this ancient Bronze Age trade. 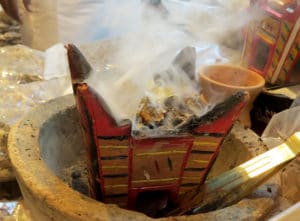 The two mountain ranges of Oman are the perfect environment for two types of spiny tree to flourish: boswellia – the resin of which is harvested for frankincense – and commiphora, the resin of which produces myrrh. Both these scented resins were to the people of antiquity what oil and natural gas are to the modern world: highly valuable commodities which only occur in very specific geological conditions. Boswellia frankincense trees flourish in the southern Dhofar Mountains of Oman. The Al Hajar Mountains of northern Oman are perfect for commiphora trees and people of the region have harvested their fragrant resins and exported it to delight the nostrils of gods like Enki for at least 5,000 years. 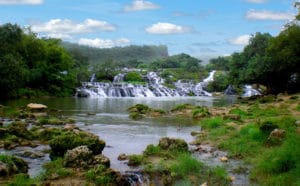 This combination of three of the most valuable commodities of the ancient world occurring in the landscapes of Oman, intimately linked local people of the 3rd and 2nd millennia BC with the inhabitants of Mesopotamia and the Indus Valley in a profitable trade that prefigures modern globalisation by 5,000 years. Oman has never been an endpoint, but always a maritime waystation between peoples and cultures from Africa and Asia. This ancient, rich history is reflected in the food, faith, and faces of the modern Omanis.