Christopher Wood died on the 2nd March 2022 following a brief illness.  He will be missed by those who loved him: his family and friends and the global ASA community. A function will be organised by the family to celebrate Chris’s life and achievements in the coming months.

Christopher Wood was the founding director of ASA who shared his passion for travel and his profound knowledge of art, history and architecture to thousands of ASA travellers for over 40 years. In addition to his extraordinary teaching skills he was known for his witty sense of humour, kind and generous personality. His extraordinary understanding of world history saw him lead tours throughout Europe, along the Silk Route and Central Asia, the Middle East and Iran. Over the years he developed close friendships and provided inspiration to people involved in Cultural Tourism around the globe. He was ‘one of a kind’ and will be sorely missed.

Christopher Wood founded Australians Studying Abroad (ASA) in 1977, after having taught art history at La Trobe University and the University of Melbourne. Since then he has pioneered and personally led some 160 tours to over 45 countries in Europe, North Africa, the Middle East, and Asia. Chris is an expert in reading diverse cultural landscapes and synthesising vast bodies of knowledge from a variety of disciplines. His multi-disciplinary approach to educating people about ‘being in the world’ has earned Chris a huge following among ASA travellers, and he leads on average four to six tours a year, ranging from the Silk Route to the Midi Pyrénées.

When not travelling Chris lectures to many organisations on the delights of the different destinations he visits and, to date, he estimates he has probably delivered in excess of 1000 public lectures in Australia and the USA. A passion for travel photography, initially begun as a means to illustrate his lectures, has resulted in the publication of his photographs in over 250 books, and in newspapers and magazines including The Times and The Guardian, The New York Times, The Chicago Tribune, Time, The Washington Post and the Los Angeles Times.

Through ASA Chris has maintained a strong association with tertiary education, and he has periodically returned to teach in courses at Melbourne, Monash and RMIT universities and the Rhode Island School of Design. His development of cultural tourism has resulted in co-developing and writing the curricula for post-graduate cultural tourism courses at Monash and Melbourne universities and presenting workshops for the annual Educational Tourism Conference in Washington DC. Chris was first president of the Cultural Tourism Association of Victoria and co-organiser of two groundbreaking cultural tourism conferences in Australia. As Director of ASA, Chris has been the recipient of two Australian Research Council grants and he has published 2 books, and contributed chapters to 8 others along with many articles, centring on the theory of tourism, and cultural, art and architectural history.

Chris has put his energies into a variety of media and art projects. He has co-produced, scripted, and narrated two educational documentary films on the historic and cultural landscapes of Tuscany – Two Tales of Tuscany – has appeared on television in the USA, and has contributed to a number of ABC radio programs, including Foreign Correspondent, Radio National’s By Design, Harvey Broadbent’s Travellers not Tourists (ABC RN), and the ABC Classic FM series Connections. Recently, in collaboration with Romanian associates, he translated and recorded the English-language soundtrack for a Bucharest art installation, and wrote a chapter for a dual language book on the Romanian Dada artist and modernist architect, Marcel Iancu. He has produced sound–and–image productions projected at Loop arts bar in Melbourne, including a sound and image ‘poem’ of Iran in which his images complemented the music of the Iranian singer Mohammad Esfahani, and electronic music of Australian, Paul Fiocco.

Closer to home, Chris has written the histories for two Victorian Government historic structures reports (on the Melbourne Town Hall and the State Library of Victoria) and two regional heritage reports. He was awarded an Australian Heritage Commission Grant to write a cultural tourism framework for the Central Goldfields of Victoria, and has either advised on and/or written cultural tourism and ecotourism policies for all Australian State governments, the Australian Federal government, for UNESCO (Paris) and for the Government of Fiji. He has been a committee member of the joint Australia Council/Australian Schools Commission task force on education and the arts. He was an early member of the Committee for Melbourne, and a Councillor of the Royal Historical Society of Victoria. He co-curated for the Victorian Ministry of Housing a travelling exhibition of early photographs documenting the slums of Melbourne.

Since founding ASA in 1977, Chris has led over 160 tours to more than 45 countries in Europe, North Africa, the Middle East, and Asia. Most recent tours include: 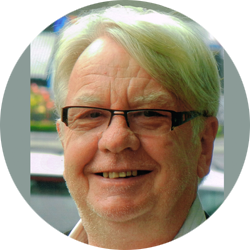