Paul Collins went to university with the intention of studying Egyptology but soon discovered the extraordinary histories and cultures of the ancient Middle East, especially Iran and Mesopotamia (modern Iraq). He pursued this fascination with postgraduate research at UCL’s Institute of Archaeology where he explored the origins of the world’s first cities. Paul has spent much of his subsequent career as a museum curator and educator. He trained as a history teacher and spent many years in museum education, including at the British Museum, before taking up a curatorial appointment at the Metropolitan Museum of Art, New York. After 5 years he returned to the British Museum as a curator in the Middle East Department. Paul has worked at the Ashmolean Museum since 2011 as Jaleh Hearn Curator for Ancient Near East, responsible for a world renowned collection of some 40,000 objects, including a major collection of ancient Iranian ceramics and Persian metalwork, which he uses to support his teaching of undergraduate and graduate students.

Paul is passionate about exploring and explaining the relationships between different cultures and civilizations of the ancient Middle East in as accessible a manner as possible. His popular publications include ‘From Egypt to Babylon: The International Age 1550-500 BC’ (2008, British Museum and Harvard University) and ‘Mountains and Lowlands: Ancient Iran and Mesopotamia’ (2016, Ashmolean Museum). Paul has developed and led numerous group tours across the Middle East. He is a Fellow of the British Institute for Persian Studies, Chair of the British Institute for the Study of Iraq, and as Honorary Senior Research Associate at UCL co-directs a major research project, the Nahrein Network, which aims to harness humanities research and education to ensure that Middle Eastern communities are able to take intellectual ownership of their heritage.

To hear a fascinating lecture by Dr Paul Collins, entitled ‘Telling Stories in Basra: A new Museum for Iraq”, featured on YouTube see link below. This includes a 13 minute introduction by Joan McIver. The lecture was given by Dr Paul Collins at the MBI Al Jaber Foundation in April 2018.

To hear a fascinating lecture by Dr Paul Collins, entitled ‘What the World is Losing in Iraq’, featured on YouTube: 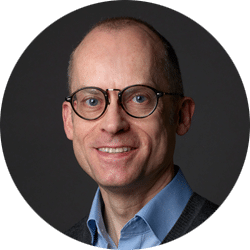