Dubrovnik: Pearl of the Adriatic 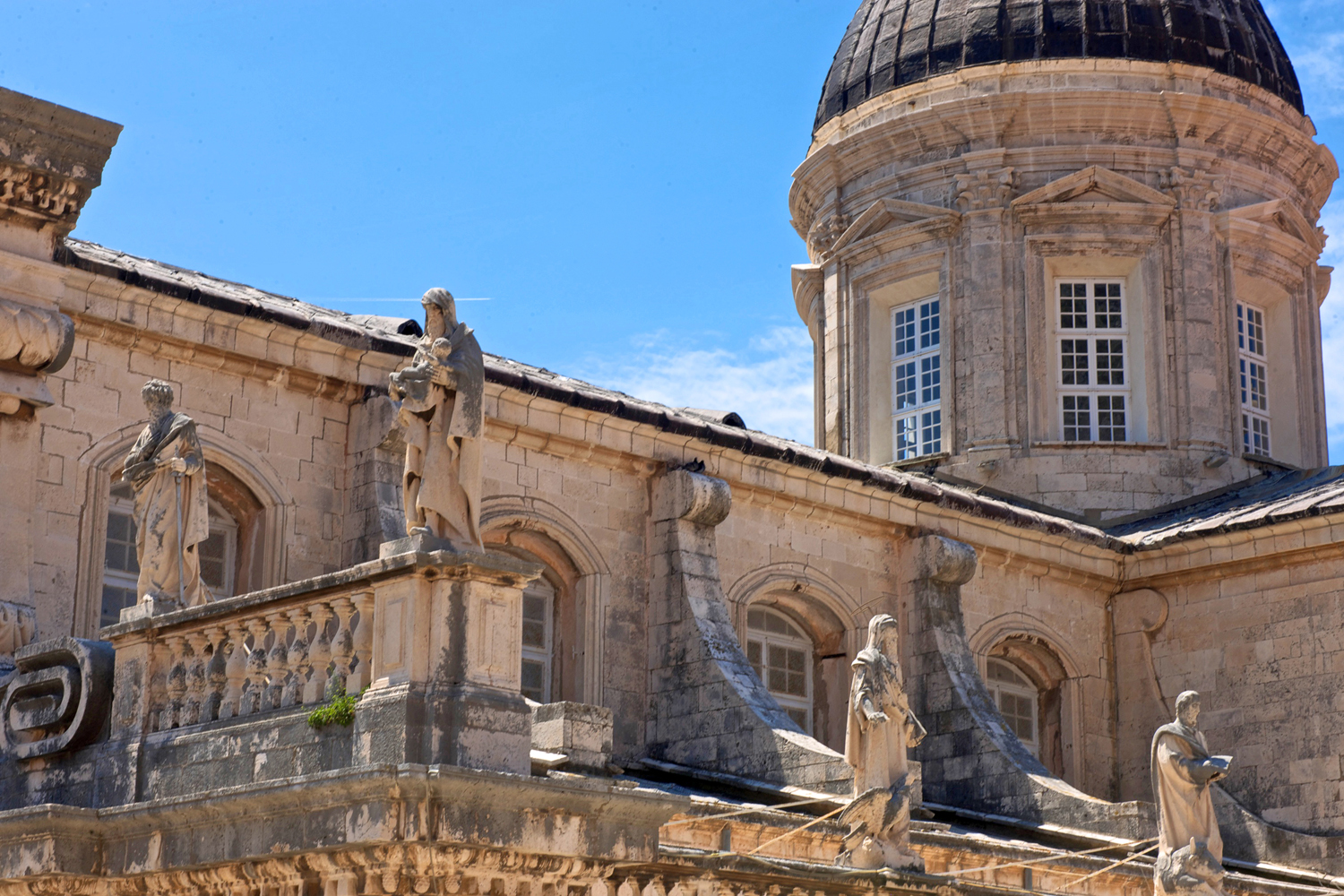 At the southern tip of the Dalmatian coast sits Dubrovnik, ‘Pearl of the Adriatic’. The city stands on a promontory beneath the bare limestone mass of Mount Srdj, where giant sea fortifications rise from the water’s edge and a massive round tower defends the landward side. Huge stone walls, two kilometres in circumference, built to resist Ottoman attack in the 15th century, dominate everything. From the Pile Gate, visitors emerge onto the Stradun, a 300-metre-long promenade bisecting Dubrovnik’s Old Town, flanked by beautiful late Renaissance houses. A maze of pretty, narrow streets leads off the Stradun, where 14th-century Franciscan and Dominican convents dominate the western and eastern gates, and the 15th-century Rector’s Palace stands – a harmonious masterpiece of Gothic, Baroque and Renaissance architecture. 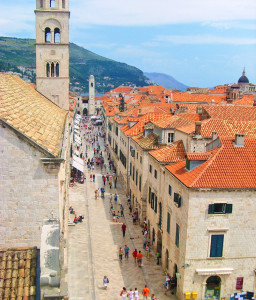 Dubrovnik’s Old Town retains her 13th-century city plan, established when the port was rebuilt after a fire. Before 1272, Stradun was a marshy channel dividing an island-settlement of Roman refugees at Ragusa from the Slavic village of Dubrovnik. Ragusa was founded under the aegis of Byzantium, encouraging economic growth during the 7th and 8th centuries. Between the 9th and 12th centuries, Ragusa was a rich and nominally independent mercantile city-state. Although forced to acknowledge Venetian sovereignty in the period 1205-1358, Ragusa maintained a large degree of independence. Despite the Hungarian sale of Dalmatia to Venice in 1420, Dubrovnik remained a free city – in all but name – through crafty diplomatic maneuvering. A strategic treaty with the Ottomans protected Dubrovnik’s liberty in return for annual tribute, encouraging the city to grow rich on trade between Turks and Europe. Between the 15th and 17th centuries, art and literature prospered – playing a vital role in the evolution of southern-Slav identity.

In 1667 an earthquake destroyed much of Dubrovnik and only during the Napoleonic Wars did the republic revive. As the sole neutral Mediterranean state, the city secured a large share of all sea trade; Napoleon I promptly subjugated Dubrovnik in 1808. The 1815 Congress of Vienna handed Dubrovnik to Habsburg Austria and in 1918 the city was incorporated into the new kingdom of Yugoslavia. The tragic horrors of the 1991 Yugoslav civil wars didn’t leave Dubrovnik untouched: shelled from the sea and hills above, the Old Town again burned. Today, the only visible scars are orange roof tiles, slowly fading to match their older cousins under aureate Mediterranean sunshine, illuminating one of the most beautiful cities in all of Europe.

For a short video showcasing the beauty of Dubrovnik, please visit: Dubrovnik and Time, Dubrovnik Tourist Board