John was closely involved with New Zealand’s national exhibitions at the Venice Architecture Biennale in 2014 and 2016. He edited the catalogues for both exhibitions, Last, Loneliest, Loveliest (2014), and Future Islands (2016), and a book recounting the experience of those exhibitions, Far Pavilion: New Zealand at the Venice Architecture Biennale (New Zealand Institute of Architects, 2017). For the NZIA he also edited a series of monographs on architects awarded the Institute’s Gold Medal: Pip Cheshire (2013); Patrick Clifford (2014); Stuart Gardyne (2015); Roger Walker (2016); Andrew Patterson (2017); and Jeremy Salmond (2018). For Auckland’s Lopdell Trust he produced a booklet (2019) on the early twentieth century architect and aviator William Bloomfield.

In 2015 John edited Did You Mean to Do That? (New Zealand Architectural Publications Trust), a collection of work by New Zealand architectural cartoonist Malcolm Walker. That year he also instituted an annual architectural essay competition, and for five years edited the accompanying compilation booklet, 10 Stories: Writing about Architecture, Vols 1–5. He has contributed to a wide variety of design and current affairs publications, including Topos, Sri Lanka Architect, The New Zealand Listener, The New Zealand Herald, Home NZ, and Here.

John served as a judge at the 2008 World Architecture Festival and in 2015 accompanied a tour of architecture students to Sri Lanka, producing a small book about the trip (Slave Island Study, Unitec Department of Architecture). He has, he says, chaperoned more New Zealand Architecture Awards jury tours than he cares to remember.

John is a graduate of the University of Auckland and the Graduate School of Journalism at Columbia University, New York. He lives in the old Auckland inner-city suburb of Freemans Bay with his wife, who is Head of Documentary Heritage at Tamaki Paenga Hira Auckland War Memorial Museum, and his son, who attends the local high school. 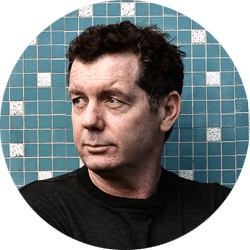