Emeritus Professor Heather O’Donoghue is a Fellow at Linacre College at the University of Oxford. Her primary field of research is Old Norse-Icelandic literature – that is, the poetry and prose of medieval Iceland and Norway. She has also worked and published on relations between Old Norse-Icelandic literature and Old English literature, and is interested in links with Old and Middle Irish. Most of her recent research has been on the reception of Old Norse literature in post-medieval European culture – primarily, but not exclusively, European and American literature – and the afterlife of Old Norse myth, especially in its political dimension.

In 2014 her book English Poetry and Old Norse Myth was published by Oxford University Press. It begins with possible Scandinavian elements in Old English poetry (especially Beowulf) and traces the continuing and developing influence of Old Norse myth, taking in such poets as Dryden and Pope, Thomas Gray and William Blake, Wordsworth and Coleridge, Walter Scott, Matthew Arnold, William Morris, Hugh MacDiarmid and David Jones, W.H. Auden, and Seamus Heaney, as well as a large number of less mainstream poets, particularly contemporary ones. Other works include From Asgard to Valhalla: The Remarkable History of the Norse Myths (2007, 2nd edition forthcoming).

In the last few years, she has published a number of papers on the reception of Old Norse myth and literature, and has recently investigated the influence of Old Norse myth on Thomas Hardy, R.L. Stevenson, Herman Melville, Gunter Grass and Neil Gaiman. Her monograph Narrative in the Icelandic Sagas: Meanings of Time in Old Norse Literature was published by Bloomsbury in 2021. She has also broadcast with the BBC on the topic of the Norse Gods.

Heather has also published on contemporary crime fiction and has been a judge on the Ian Fleming Steel Dagger Award for contemporary thrillers and for the Gold Dagger panel.

Outside academia, Heather’s main interests are birdwatching, natural history more generally, and watching football. Based in Oxford, she spends part of the year in rural Ireland with her husband and family. Heather led ASA’s tour ‘Iceland, Land of Ice and Fire: Myths, Legends and Landscapes’ in 2018 & 2019. 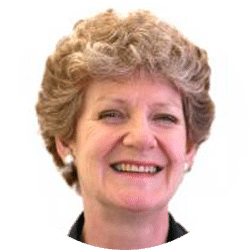