Professor Tim Entwisle is a highly respected scientist, scientific communicator and botanic gardens director. He took up the role of Director and Chief Executive of Royal Botanic Gardens Victoria in March 2013, following two years in a senior role at Royal Botanic Gardens Kew, and eight years as Executive Director of the Royal Botanic Gardens and Domain Trust in Sydney. Tim is an Honorary Professorial Fellow in the School of Botany at The University of Melbourne and has been a Visiting Professor in the School of Biological and Biomedical Science, Durham University. He is an expert in freshwater algae (a genus, family and order of algae were named after him in 2014) but has a broad interest in all plants and related life forms – for example, he edited and wrote for the 4-volume Flora of Victoria. In 2014 Tim published Sprinter and Sprummer: Australia’s Changing Seasons, challenging the use of the traditional four seasons in Australia.

Tim blogs (TalkingPlants), tweets, and looks for any opportunity to promote science, plants and gardens. He is a frequent guest on Australian radio and television, and writes opinion pieces for the major newspapers. Over the summers of 2014-15 and 2015-16 Tim hosted ABC Radio National’s first gardening show, Talking Plants, and he contributes regularly to RN’s Blueprint for Living. He writes for a variety of science, nature and garden magazines and maintains an active social media profile. In 2017 Tim joined ASA as tour lecturer for ‘Gardens in Spanish Culture’.

Tim also has an interest in indie music, literature, kayaking and anything to do with Dr Samuel Johnson.

Tim first joined ASA in 2017 and has lectured on the following ASA tours: 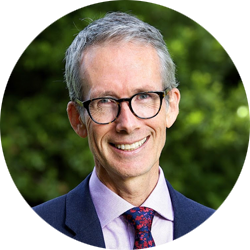