Bernard was the World President of the International Association of Art-UNESCO (1992-95) and remains an Honorary President; he has been Honorary President of the Asia-Pacific Regional Council of the International Association of Art-UNESCO and has continued involvement with UNESCO through the International Society for Education through Art (InSEA). He has been a member of the Global Advisory Board of the Human Dignity and Humiliation Studies Network, Columbia University (2006-12) and a member of their Research Committee.

Bernard has nurtured ASA’s long and fruitful relationship with Monash University, and has played a key role in the great success of Monash University’s Centre in Prato, near Florence; ASA assisted Monash in developing this centre and Bernard established the flourishing Monash Art and Design undergraduate and research programs at Prato.

Bernard also has a long involvement with India and has travelled extensively from the Himalayas in the north to the southernmost tip of the subcontinent. He wrote the section on India in the 1987 edition of Art and Diversity (Longman) and the book Perception and Meaning in Hindu Architecture (Ellison Press, 2010). He has exhibited his paintings and presented his poetry at the All India Fine Arts and Crafts Society Gallery in Delhi; his paintings are in several Indian collections. He has participated in art symposia and conferences in India and has lectured at the National Institute of Design in Ahmedabad. His research has been published in the Indian journal Design Plus and his research on craft revival in India has been published by UNESCO and the Network of Human Dignity and Humiliation Studies. He contributed a chapter to the Indian text, Design Education: Tradition and Modernity, published late 2007.

Bernard first joined ASA in 1981, and is ASA’s second longest standing group leader/lecturer. He has led over 50 ASA tours, including programs to Italy, France, Spain, Eastern Europe, Tunisia, Malta, Algeria and the United Kingdom. He has led ASA tours to most regions of Italy, including Lombardy, the Veneto, Tuscany, Umbria, Lazio (Rome) and Sicily, and has a deep knowledge of the rhythms of Italian art history and Italy’s profound contribution to the Western tradition. He has also led numerous tours to both north and south India.

Recently Bernard has worked with Griffiths and Flinders Universities using the Monash Synchrotron on a process to identify authorship in Renaissance paintings. Bernard is regularly listed in Marquis’ Who’s Who in the World and has been awarded the Marquis Lifetime Achievement Award.

Bernard first joined ASA in 1981 and has since led over 50 ASA tours including programs to India, Italy, France, Spain, Eastern Europe and the United Kingdom. More recently he has led: 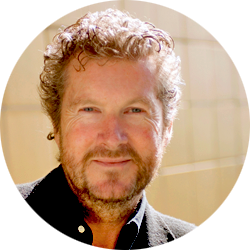