After initial studies in architecture in Brisbane, David’s interest in the visual arts and their history was given new impetus when he made his first trip to Italy at the age of 20. Soon after, he enrolled in a course in painting at London’s Royal Academy Schools, graduating in 1985. During his time in London, the Royal Academy awarded him a prize for painting, and he was twice selected for their annual summer exhibition.

David has held many solo exhibitions of his work in Brisbane, Melbourne and London. He has exhibited in the Doug Moran Prize, Tattersalls and Rotary art exhibitions, and has been the recipient of several awards and commendations. He has also painted a number of commissioned portraits for private and institutional clients.

Until recently, David taught art part time at various institutions, including the Queensland Art Gallery and the Brisbane Institute of Art. For many years, he lectured and ran courses in the history of art and design at the Queensland University of Technology.

David now paints full time and divides his year between Australia and Italy. He believes Italy to be unique in its concentration of artistic treasures, architectural splendour and beauty of light and landscape. Italy provides him not just with a wealth of subject matter, but also the opportunity to develop his art through first-hand study of the classical, Mediterranean tradition: a synthesis of light, space and harmonious proportion.

Since joining ASA Cultural Tours in 1995, David has lectured on or led over 40 tours to a variety of destinations for ASA. He is an enthusiastic advocate of ASA’s philosophy of travel, and believes that cultural tourism should not mean that cities, landscapes or objects become mere illustrations to a specialised text, but rather themselves be ‘read’ from a multiplicity of contexts and engaged with all the senses. He brings a trained artist’s eye to an analysis of painting, sculpture and architecture and takes great pleasure in sharing his encounters with some of world culture’s most exciting moments with others.

For more about David’s work as an artist, see his website: www.visualartist.info/davidhenderson

See a narrated video by David Henderson, in which he makes drawings from a painting by Tintoretto in Venice’s Accademia Galleries as a way of engaging with its composition, technique and subject matter: www.visualartist.info/davidhenderson/video-drawing-from-tintoretto

David first joined ASA in 1995 and has since led over 50 ASA tours including programs to Italy & Sicily, France and the United Kingdom. His tours include: 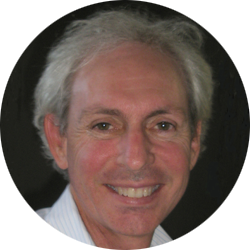