John Patrick will be familiar to many for his work on radio and television presenting programs relating to gardens, their plants and their history. Until recently, he was a presenter on ABC’s television series Gardening Australia. John has also written extensively on gardens throughout the world, including articles in Vogue Living and The Australian Garden Journal. He has written thirteen books as diverse as Trees for Town and City Gardens and A Brief Biography of Robert Sweet. John has lectured widely in Great Britain, Australia and New Zealand and has worked as a judge and consultant to garden shows and events. In 1985 he organised the opening of gardens for Victoria’s Sesquicentenary which led to his involvement in the founding of what is now Australia’s Open Garden Scheme. His knowledge of European history allows him to place garden history in a special context, one that reflects the social milieu in which gardens were created. His encyclopaedic knowledge of plants will give garden visits a special appeal and permit a greater appreciation of the particular environment and conditions of the garden. John has led ASA tours to New Zealand, the USA, South Africa, China, Japan, Bhutan, Spain, Portugal, Italy, France and Britain. He is an enthusiastic traveller with a special interest in the food and culture of countries he visits.

John first joined ASA in 2003 and has since led over 50 ASA tours including programs to Italy, France, Spain, the United Kingdom, New Zealand, South Africa, Morocco, Bhutan, Japan and the USA. These include: 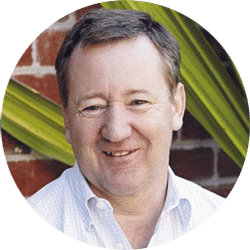