Samuel Pepys and his Library 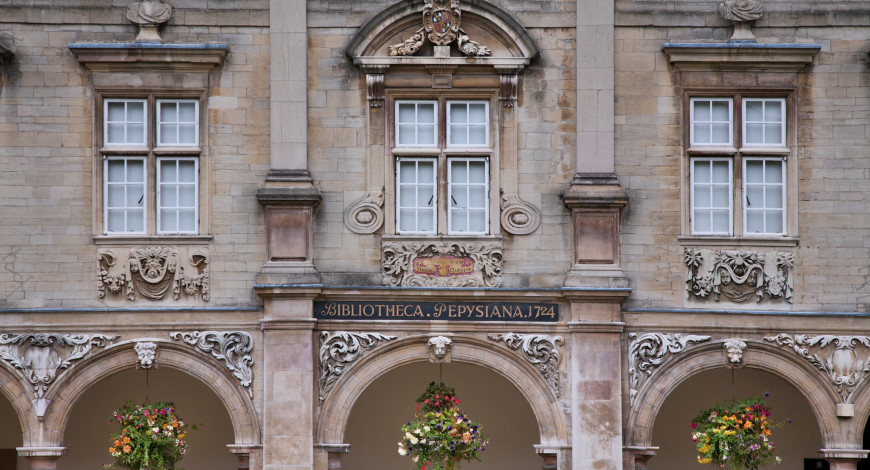 Samuel Pepys (1633 –1703) is best remembered for his diary, a gossipy account of the personalities and intrigues of London under Charles II. His famous account of the Great Fire sits alongside his frank assessments of the King’s many mistresses and his own unrequited lust for several of them.

Pepys only kept his diary for a decade, suspending it for fear of going blind although he lived for another thirty years with perfect eyesight. He made good use of this sense reading and building an extraordinary library. He is credited with designing the first glass fronted bookcases, and these were made for him in the Navy workshops, a little perk from his employment as Chief Secretary of the Admiralty.

Pepys believed that the library of an educated gentleman should consist of no more than 3,000 books, and if he bought a book beyond that number he disposed of one to make room.

His collection included books across all subjects, including one of only 20 complete Wycliffe bibles, the illegal fourteenth century English translation. A great treasure is two of the Anthony Rolls, long scrolls hat detailed the navy under Henry VII. Charles II gave these to Pepys who had them bound as books, and his volumes include the account of Henry’s ill-fated flagship the Mary Rose.

In his will Pepys bequeathed his library to his old College in Cambridge, Magdalen. It is now housed in a building which he helped pay for in the cases made for at the Navy workshops. A complete record of the reading habits of one extraordinary man.

For a video on Samuel Peyps from the Royal Museums Greenwich please visit: www.youtube.com/watch?v=osjTpvZCV6I