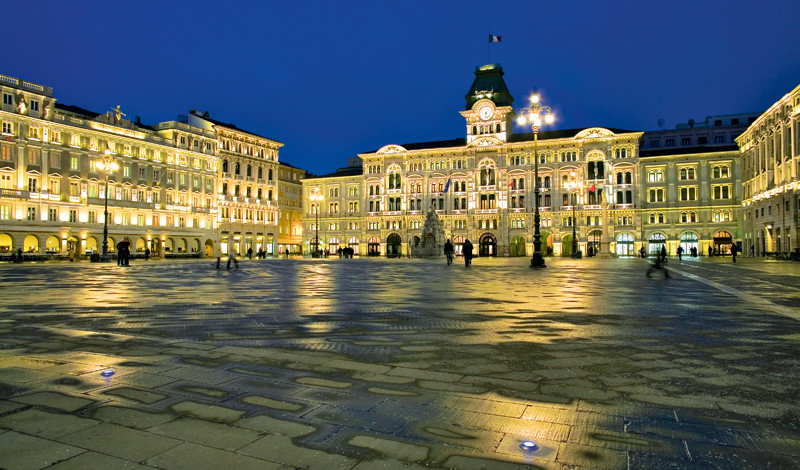 Unfamiliar territory even to many Italians, this multilingual border town and seaport proves both distinctive and distinguished.

Trieste is, as a mayor of the city once put it, “the eastern edge of Latinity and the southern extremity of Germanness.” Unfamiliar territory even to many Italians, it’s tucked away near the border of Slovenia. It looks out at the Gulf of Trieste and the blue waters of the Adriatic, and the rugged limestone heights of the Julian Alps tower over it from the north. 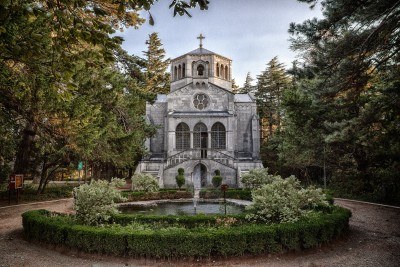 In this far corner of Italy, Trieste has long been overshadowed by the more regal and bejewelled city of Venice to the south. It was, in fact, because of two centuries of ongoing battles with the Venetian Republic, that the burghers of Trieste turned to Leopold III, the Duke of Austria, for protection and were incorporated into his empire in 1382.

Under the rule of the Habsburgs, Trieste enjoyed an era of vibrant cultural growth and economic expansion. As the main port for the Austrian Empire, the city became a hub of commerce and a magnet for architects, musicians, artists, soldiers and merchants. Part of Trieste’s charm is the layers of its past, evident in buildings like the ancient San Giusto cathedral. Built on the site of a Pagan temple, additions were made to the church over the years, starting as early as the 6th century. It now houses the remarkable apsidal mosaics depicting Our Lady of the Assumption and San Giusto that were laid by master Venetian craftsmen in the 12th and 13th centuries.

It’s a city that takes on multiple personalities as you walk from the quaint streets near the Serbian Orthodox church, reminiscent of Prague, to the grand streets of the Habsburgs, organised for their ornamented banks, office buildings and civic structures. The Teatro Giovani Verdi, Trieste’s 200-year-old grand opera house, is another hallmark of a bygone era. Its Neoclassical façade is reminiscent of La Scala in Milan, and its opulent interior harkens back to the gilded age of the Austro-Hungarian Empire. 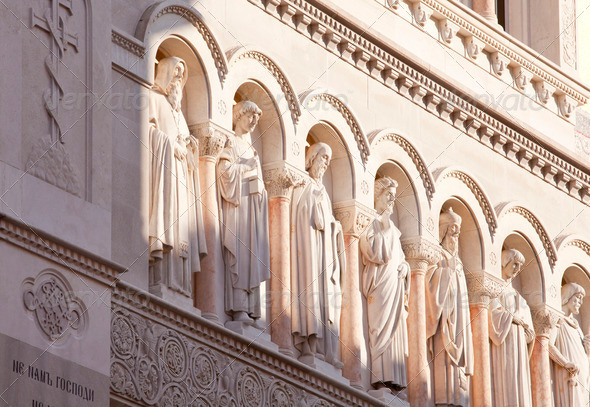 Architecture wasn’t the only import to Trieste. The Viennese café became a staple of the intellectual scene and fit right in with the gaslit mystique of the narrow cobblestone streets. James Joyce could often be found holding court with his literary set, including Italo Svevo, at any of a number of cafés like Caffè San Marco, Caffè Tommaseo and Caffè degli Specchi, that have been around since the 1800s. Another café, the Caffè Pasticceria Pirona, was Joyce’s favourite pasticceria, and he would spend hours there eating Austrian style pastries, or maybe thick slices of presnitz, and working on pages of Dubliners or Ulysses.

The mood of Trieste is set in its bustling Viennese cafés, and written on the elegant Neoclassical façades. If you take an evening stroll along the pedestrian promenade next to the Canal Grande, or dine on the hearty regional cuisine in one of Trieste’s many restaurants, you find an enchanting city with unique character and interesting flavours.