Art and Culture in Spain: A Historical Introduction 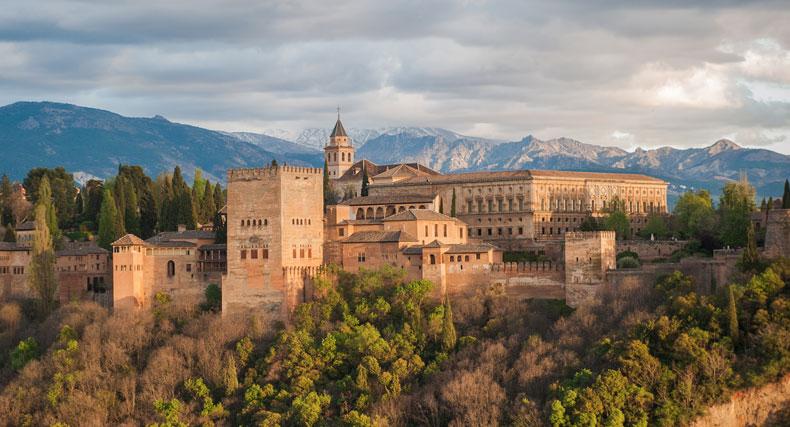 Modern Spain occupies two thirds of the Iberian peninsula, an arid mountainous outpost of the Eurasian landmass which, separated from continental Europe by the high chain of the Pyrenees, reaches out instead towards the Atlantic, the Mediterranean and Africa. From the Pyrenees to Gibraltar, successive mountain chains, or sierras, alternate with the parallel east-west running valleys of the Ebro, Duero, Tagus, Guadiana and Guadalquivir rivers, and the broad central bands of steppe known as the meseta. Together they divide the peninsula into a series of distinct and sometimes inaccessible regions that have fostered cultural diversity and local political autonomy, from rainy Atlantic-facing Galicia and aristocratic, pastoral Castile to the mercantile, Mediterranean cultures of Catalonia, Aragon and Valencia, and agricultural Andalusia. Iberia’s geographic isolation from Europe, its proximity to Africa across the narrow reaches of the Straits of Gibraltar, and its internal division into numerous discrete geo-political units have played a determining role in the evolution of the unique and multifaceted culture of Spain.

During antiquity the Iberian peninsula was steadily drawn into the wider Mediterranean world by Phoenician traders and, later, their colonists from Carthage, who linked Iberia with the Greek world and Egypt. In later centuries Rome’s struggle with Carthage for Mediterranean hegemony led to the incorporation of Iberia into the Roman Empire as Hispania. Mining and agriculture flourished in Hispania, providing the economic basis for extensive urban development. In the 5th century AD, the Visigoths, originally from Baltic Europe, overran the peninsula. They founded a kingdom that depended on an alliance between the incoming warrior aristocracy and the Hispano-Roman élite. This kingdom endured until 711 when Muslim conquerors from North Africa crossed the Strait of Gibraltar and rapidly integrated the bulk of the peninsula into the Islamic Umayyad empire, leaving only the less desirable northwest corner in Christian hands. Al-Andalus, the name the Arabs gave to Muslim Iberia, became host to an advanced urban-based Hispano-Muslim civilisation, commercially and culturally connected to North Africa and the Islamic East rather than to medieval Europe beyond the Pyrenees. It was also home to the two other monotheistic religions, with a significant Jewish minority and, possibly until the 10th century, a Christian majority in the population.

The marches between Christian and Muslim areas remained steady until the 11th century when the collapse of the Umayyad caliphate of Córdoba (1031) led to the fragmentation of al-Andalus into several Muslim city states, comparable, in some ways, to the small Christian kingdoms of the north, León, Castile, Navarre and Aragón. In 1085 Christian king Alfonso VI captured Toledo, the ancient Visigothic capital and a key Muslim defensive outpost. An appeal for aid to the Berber Muslims in Morocco (the Almoravids and, later, the Almohads) restored the unity of al-Andalus and forced Christian Spain onto the defensive for over a century.  During the 12th century the involvement of outsiders, Christian and Muslim, sharpened the religious elements of a ‘holy war’. The Christian victory at Las Navas de Tolosa (1212) tipped the balance of power decisively in favour of the North. By the mid-13th century, the Christian kingdoms of Aragon, Castile-Leon and Portugal dominated the peninsula. The Nasrid dynasty in Granada flourished as the last independent Muslim state in Spain by skilfully playing off potential enemies, whether Moroccan Berber or Castilian Christian. On 2 January 1492, weakened by internal feuding and besieged by Christian crusaders, Granada surrendered to Ferdinand of Aragon and Isabella of Castile, bringing to a close almost 800 years of Muslim rule in Iberia. The peninsula was now divided between two Christian kingdoms: Spain and Portugal.

The frontiers between Christians, Jews and Muslims, whether in the mind or on the map, had always been permeable in the Middle Ages. Interaction was characterised by ambiguity and diversity. During and after the process of what came to be known as the Christian Reconquista (Reconquest), there were profound changes in the realities of daily life from agriculture to housing. After 1492 the military values of the Reconquista were exported to the New World through the voyages of Christopher Columbus and the Conquistadors. Muslims had been given a choice after 1492, convert to Christianity or leave Spain. In the following century, a drive for religious unity, through the notorious Inquisition and forced conversions, finally led to the expulsion Muslims who were believed to be practicing Islam in secret (1609-1614).

The Great Mosque at Cordoba and the Alhambra of Granada are a living testament to the glories of Muslim culture. Contact with this civilisation had a deep and enduring influence on the art, languages and institutions of Christian Spain. For centuries after the fall of Granada, Spain’s rulers, from Philip II to Franco, ignored or rejected the Muslim cultural inheritance. Spain’s Christian and Catholic identity submerged its Muslim heritage.  Over the past five centuries, despite a lively debate over the nature of Spain’s rise and fall as a great power, and the contribution of the expulsion of Jews and Muslims to its decadence, there is no question about the remarkable, continuing Spanish contribution to world culture through artists like Velázquez, Goya or Picasso, architects like Gaudí and writers like Cervantes.

The death of Franco and Spain’s transition to social democracy and EU membership unleashed the country’s creative spirit. Not only did Spain now celebrate its Islamic heritage, which the fascists had ‘written out’ of Spanish history, but also enjoyed a explosion of post-modernist culture, particularly in architecture. Architects such as Ricardo Bofill (born 1939) opened up a new culture of fine experimental architecture, which younger architects like Santiago Calatrava (b.1951) have enriched.