The Heritage Hotels of North India 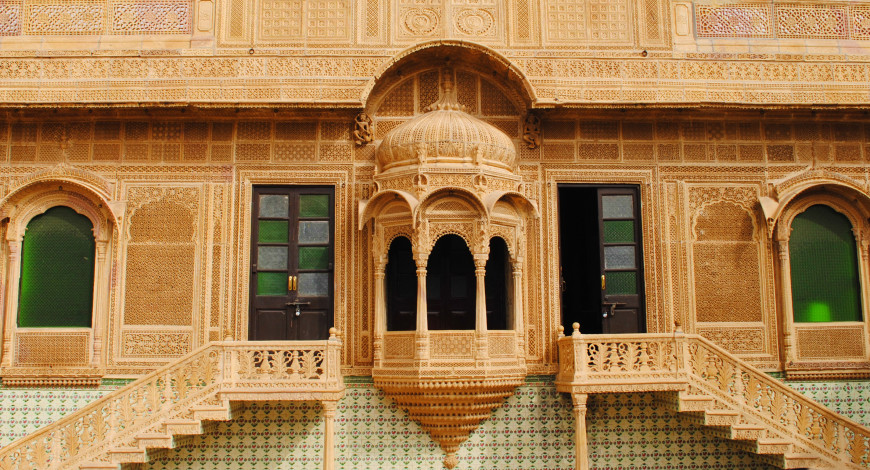 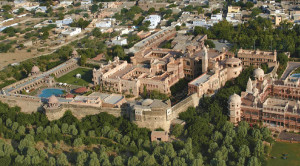 One of the most enjoyable aspects of our “Mughals, Rajputs and Villagers: The Cultural Heritage of North India” tour is the heritage hotels in which we stay.

Chosen to integrate with and amplify the historic itinerary, they extend an understanding of the life of the Rajput princes, from palace life to hunting lodge and fortress. All but 3 of the 11 hotels are former royal residences – three are still occupied by the royal families who built them. The Mandir Palace in Jaisalmer, part of the Maharawal’s royal residence, is an exquisite example of the delicate construction and stone carving the city is known for; Castle Bijaipur is a fortress built by the brother of Rana Pratep of Mewar, one of the legendary heroes of the Rajput resistance; it stood against onslaughts of Mughal and Maratha armies; the Aodhi Hotel, close to the majestic fortress of Kumbhalgarh, was once a hunting lodge for the Mewar princes and is now part of the heritage chain of hotels owned by the current Maharana. 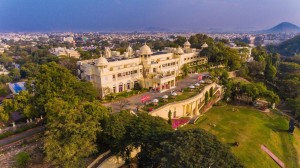 mi Vilas Palace, overlooking one of Udaipur’s magnificent lakes, was also built by the Mewars and the Laxmi Niwas Palace at Bikaner, built by Sir Samuel Swinton Jacob for Maharaja Ganga Singh, reflects in its decoration the spectacular life style for which the Maharaja was famous – members of the royal family still live in a private section. Khimsar Fort is a desert fortress built by the son of Rao Jodha, founder of Jodhpur, part of which is still occupied by the present Raja, a member of parliament, who often walks around the grounds seeing his guests are enjoying their stay.

These hotels not only demonstrate much of what the tour explores in its broader itinerary but they also provide the style and cuisine which celebrate Indian culture. North Indian food offers a sensational experience of the regional flavours and spice recipes which makes Indian cooking one of the world’s great cuisines