Craig’s working life began in the arts but moved to the travel industry 24 years ago. He has since travelled extensively recording, photographing and drawing plants in their natural habitat.

In the late 1980s Craig studied drawing and watercolour at the Council of Adult Education, Melbourne, and art classes in the Macedon Ranges. From 2006 to 2011 Craig attended botanic art classes with renowned artist Anita Barley and attended various botanic art workshops through the Mt Macedon Horticultural Society with established botanic artists.

In 2008 he illustrated Stephen Ryan’s book, the Dicksonia Rare Plants Manual and in 2010 Craig and his artwork were featured on ABC television’s Sunday arts program, Art Nation.

Craig first joined ASA as a Tour Manager in 2019, and has since led ASA tours to France and Madagascar including: 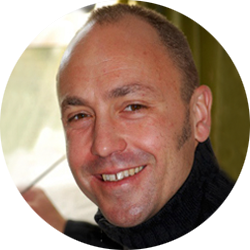