Sabrina first joined ASA in 2008 and has since led numerous garden tours for ASA to Italy, France, Spain, Morocco, the UK and Western Australia. Sabrina has a great passion for plants, gardens and their place in the greater landscape. She explores the relationship between landscape and people’s sense of belonging. Sabrina’s love of travel to other Mediterranean climates allows her to share her knowledge of gardening in Western Australia with fellow gardening enthusiasts and translate its place in the Australian landscape. Her plant knowledge has been passed down from 3 generations of obsessive gardeners, leaving her in little doubt of what to study as a career path.

Sabrina started her studies in Horticulture at TAFE, graduated to studying Applied Science and later Social Science. Sabrina has been the ABC gardening talkback expert in Western Australia since 1985, when she began her career in Kalgoorlie. Sabrina also writes a weekly column in the West Australian newspaper on all things green. Her aim is to make gardening an entertaining pastime and educate listeners in the importance of creating biodiversity in their own backyards. She believes gardeners have a role to play in becoming caretakers of sustainable landscapes that allows other species to thrive.

Sabrina can be heard on ABC Saturday mornings on 720 from 9-10am and on all local ABC stations during the graveyard shift with Trevor Chappel at 1.30am on Tuesday mornings.

Sabrina has owned and managed a landscaping business, lectured at University, consulted for prison nurseries, local government, private enterprise and set up edible gardens in schools. She is well known for her direct and humorous MC work and is a sought-after guest speaker.

Her latest venture is working with a philanthropic organisation, EON, in remote Aboriginal communities in the Kimberley, setting up edible gardens to ensure children have access to fresh fruit and vegetables. She has worked closely with community elders to collect and grow bush tucker plants to plant out within the schoolgrounds so that elders can teach children the uses of traditional food and medicine. The program has been highly successful; it is in its fourth year and Sabrina and EON are entering their seventh remote school.

Sabrina continues to work as a horticultural consultant and garden designer for many organisations, government and private bodies, but still enjoys travelling to other countries to discover how landscapes influence culture.

Sabrina first joined ASA in 2008 and has since led numerous garden tours for ASA. These include: 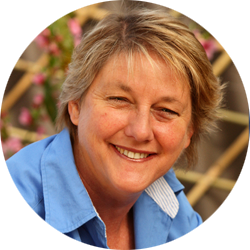