Stephen Crafti is a leading Architecture & Design Writer. With more than 40 books to his name and writing for Australia’s leading newspapers and magazines, including the Sydney Morning Herald, The Age and The Australian Financial Review, Stephen is highly regarded in his field. Whether it’s writing about a contemporary home or a design luminary, he makes the subject both intriguing and highly accessible. He started writing on architecture and design in the early 1990s, after purchasing a modernist 1950s home. “I’ve always been drawn to design, whether it’s a building, an interior, a beautifully crafted chair or fashion. I’m fascinated with the stories behind each creation. I never stop looking. It’s a continual search for the best in design, whether in Australia or overseas”.

Stephen Crafti also produces and hosts ‘Talking Design’, a popular fortnightly RMIT podcast, which features interviews with experts and professionals from all areas of the design world. To listen, please visit: www.rmit.edu.au/news/podcasts/talking-design

In 2021 he was awarded an Honorary Membership of the Australian Institute of Architects. “This award recognises your significant and substantial contribution to architecture through your work as one of Australia’s leading architecture and design writers, and as a perceptive and informed commentator bringing architecture to a wider Australian audience. Additionally, your carefully curated architectural tours offer the public a highly tangible experience of architecture”.

Stephen writes for a range of newspapers and magazines, including a regular column in The Australian Financial Review’s weekend supplement titled ‘Life & Leisure’, The Sophisticated Traveller, Indesign, SDQ Magazine, Wallpaper and Habitus.

Stephen first joined ASA in 2012 and has since led numerous design tours including programs to Europe and Japan including: 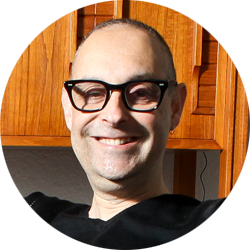